The church named after St. Thomas, the Apostle of India, is most known for how he is portrayed in the Gospel of John, he first appears as a symbol of strength, encouraging the others to follow Jesus to Judea where death awaits. Later he expresses doubts about following Jesus. Finally, after Jesus resurrection, he is the “doubting Thomas” who refused to believe that Jesus had been raised from the dead. He insisted: “Unless I see the marks of the nails in his hands, and put my hand into the wound in his side, I will not believe.” If he doubted, he also believed! He made what is certainly the most explicit statement of faith, St. Thomas the apostle cries out “My Lord and My God.”(John 20:28) this is the clearest affirmation of the divinity of Christ something which none of the other apostles had done and in so expressing his faith, gave Christians a prayer that will be said till end of the time.

We have a weekly service on Sunday evening to fulfil the needs of the growing Malankara Syrian Jacobite Christian community in the north western suburb of Melbourne, Australia. The vicar and the managing committee of St. Thomas Jacobite Syrian church Melbourne would like to welcome all to our congregation.

We wish you all the best and God's blessings now and always. Let the Lord Almighty shower his blessings abundantly on this humble congregation through the years and the parish continues to prosper through the intercession of the Holy Virgin Mary, Mother of God and its patron saint, St. Thomas.

"..Whoever believes in him shall not perish but have eternal life." John 3:16

Faith is more than what happens on Sundays. It's a part of who we are, inside and out. At St. Thomas Jacobite Syrian Orthodox Church Melbourne, we believe in sharing the joy of the gospels daily, and living a life that embodies the spirit of Christ.

Bible verse of the day 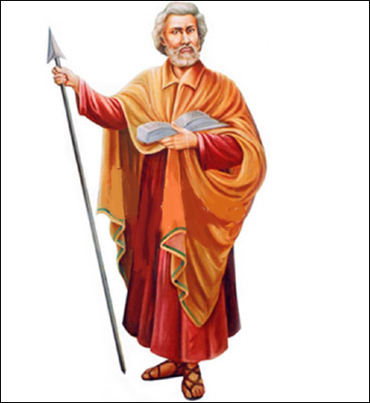 Thomas the Apostle (called Didymus which means "the twin") was one of the Twelve Apostles of Jesus Christ, according to the New Testament. He is informally called doubting Thomas because he doubted Jesus' resurrection when first told, (in the Gospel of John), followed later by his confession of faith, "My Lord and my God", on seeing Jesus' wounded body.

Traditionally, he is said to have travelled outside the Roman Empire to preach the Gospel, travelling as far as India. According to tradition, the Apostle reached Muziris, India in AD 52 and baptized several people, founding what today are known as Saint Thomas Christians or Nasranis. After his death, the reputed relics of Saint Thomas the Apostle were enshrined as far as Mesopotamia in the 3rd century, and later moved to various places.[citation needed] In 1258, some of the relics were brought to Abruzzo in Ortona, Italy, where they have been held in the Church of Saint Thomas the Apostle. He is often regarded as the Patron Saint of India, and the name Thoma remains quite popular among Saint Thomas Christians of India. 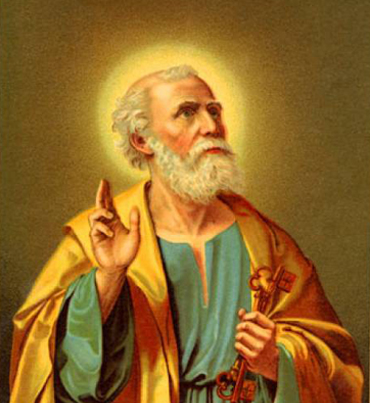 Saint Peter (Latin: Petrus, Greek: Πέτρος Petros, Syriac/Aramaic: ܫܸܡܥܘܿܢ ܟܹ݁ܐܦ݂ܵܐ, Shemayon Keppa, Hebrew: שמעון בר יונה‎ Shim'on Bar Yona; died c. 64 AD[2]), also known as Simon Peter, Simeon, or Simōn, according to the New Testament, was one of the Twelve Apostles of Jesus Christ, leaders of the early Christian Church. The Roman Catholic Church considers him to be the first Pope, ordained by Jesus in the "Rock of My Church" dialogue in Matthew 16:18. The ancient Christian churches all venerate Peter as a major saint and associate him with founding the Church of Antioch and later the Church in Rome, but differ about the authority of his various successors in present-day Christianity.

The New Testament indicates that Peter was the son of John (or Jonah or Jona) and was from the village of Bethsaida in the province of Galilee or Gaulanitis. His brother Andrew was also an apostle. According to New Testament accounts, Peter was one of twelve apostles chosen by Jesus from his first disciples. Originally a fisherman, he played a leadership role and was with Jesus during events witnessed by only a few apostles, such as the Transfiguration. According to the gospels, Peter confessed Jesus as the Messiah, was part of Jesus's inner circle, thrice denied Jesus, and preached on the day of Pentecost.

Saint George (Greek: Γεώργιος Georgios; Classical Syriac: ܓܝܘܪܓܝܣ Giwargis; Malayalam: ഗീവർഗീസ് Geewargees;Latin: Georgius; circa 275/281 – 23 April 303 AD) was a soldier in the Roman army who later became venerated as a Christian martyr. His parents were Christians of Greek background;[3] his father Gerontius was a Roman army official from Cappadocia and his mother Polychronia was a Christian from Lydda in the Roman province of Syria Palaestina (Palestine). Accounts differ regarding whether George was born in Cappadocia or Syria Palaestina, but agree that he was raised at least partly in Lydda.Saint George became an officer in the Roman army in the Guard of Diocletian, who ordered his death for failing to recant his Christian faith.

In hagiography, Saint George is one of the most venerated saints in the Catholic Church (Latin and Eastern), Anglican, Orthodox, East Syrian, and Miaphysite Churches. He is immortalized in the myth of Saint George and the Dragon and is one of the Fourteen Holy Helpers. His memorial, Saint George's Day, is traditionally celebrated on the Julian date of 23 April (currently the 6th of May according to the Gregorian Calendar), and he is regarded as one of the most prominent military saints. Many countries, cities, professions and organisations claim Saint George as their patron, most famously England. 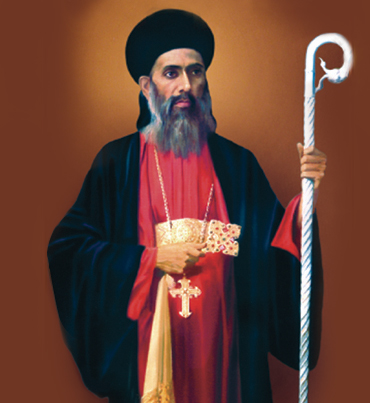 In the Syriac Orthodox Church, St.Gregorios is the first declare saint who was born in India. At the age of twenty-eight he was consecrated as bishop by Patriarch Peter III .He died in 1902 and is entombed in Parumala. The Holy Church proclaimed him as a saint in 1947 and added his name to the 5th Diptych in 1987